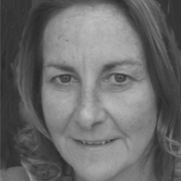 Locally based in Wales and with over 30 years’ experience in film and television, Cheryl Davies Keatley thinks The House of Abraham Phillips has the potential to be a Welsh blockbuster.

Cheryl has worked on many successful films such as Say My Name (Best Welsh Feature Film, Cardiff International Film Festival 2018) and the award-winning Skellig and Patagonia. Recent credits include line manager on In My Skin (two BAFTA awards, 2019), and producer on Down The Caravan (Accolade Global Film Award; Best Welsh Film, Cardiff International Film Festival, 2019) to a name but a few. Cheryl has a great passion for the film and television industry in Wales. She is co- director of Lan Film Ltd