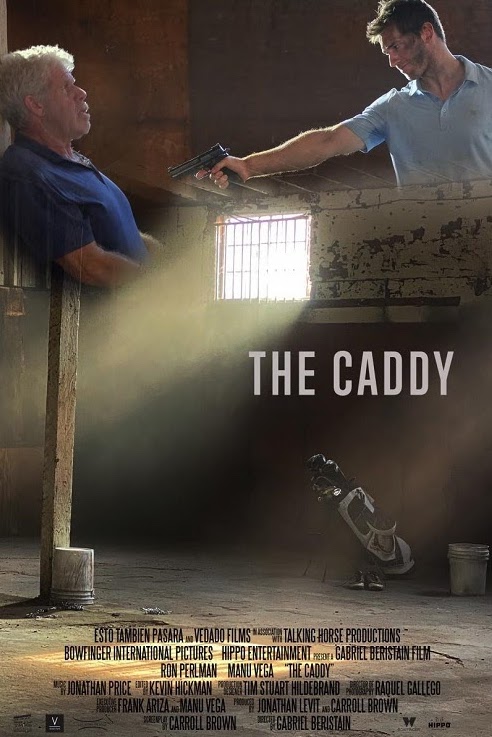 ENRIQUE VILLEGAS is not really a kidnapper. But tell that to JERRY STELL, an American businessman tied to a pole in an abandoned warehouse in Mexico City. All Jerry knows is that somewhere on the 14th hole his caddy Enrique turned on him and kidnapped him at gunpoint, with the help of GILBERTO, a significantly less polished (and more experienced) criminal. But as the men wait to hear the response to the ransom demand, Jerry learns more about Enrique’s background and reasons, and that the two of them have more in common than he realized. A former business attache with the Mexican consulate, Enrique has lost his job, his career, and his family to the whims of political and financial fortune. He has staged Jerry’s abduction in a desperate attempt to get his old life back, and the two men argue about business, Jerry’s casual racism, and the collision of cultures.

But when Gilberto finds out that Enrique also staged his own kidnapping, to establish an alibi and set himself up as a victim as well, he turns on his “boss” and kidnaps Enrique for real. It quickly becomes clear, though, that nobody is going to pay – Jerry’s company has a no-ransom policy and Enrique has no one willing to pay for him – and Gilberto makes one last call to try to salvage something from the fiasco before killing both of them, not realizing that in doing so he has revealed their location to the police. Or that a terrified Enrique would manage to break free and get the drop on him. With his plan in shambles, and the police closing in, Enrique is left with the dilemma: decide his own fate, or let Jerry or the police decide it for him.