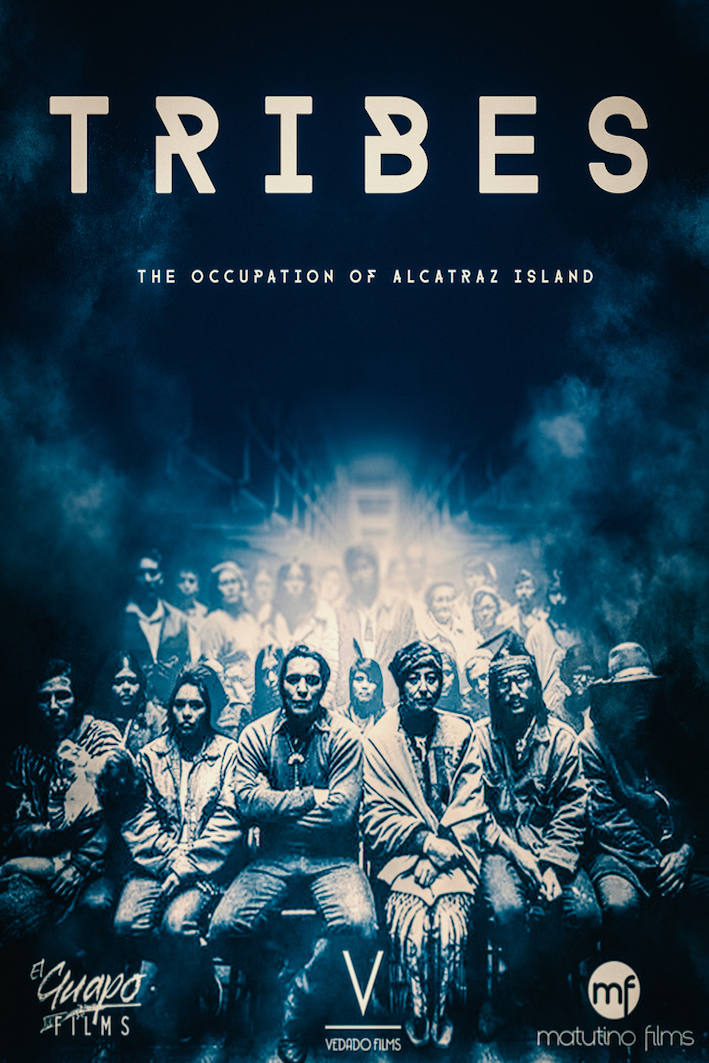 The Occupation of Alcatraz Island

November, 1969 - Richard Oaks, a Mohawk Indian, speaks to a crowd of reporters, explaining why he, Adam Nordwall, and 73 other Native Americans of various tribes are taking boats across the San Francisco Bay to occupy Alcatraz Island. Watching from their home in San Bernardino is John Trudell, a 23 year-old Sioux Indian, and his wife Lu. John is instantly called to join the occupation and suggests to Lu that they travel to San Francisco and board the boats to “make a difference” and hopefully fix their marital issues. As
their first attempt was met with the threat of imprisonment, Richard has to organize another mission, this time under the cover of night and a thick fog. John and Lu arrive and soon they are all sailing to the island. They break through the coast guard boats blocking their path and dock safely and with much celebration.

Robert Kunzig, the GSA administrator, organizes an assault team to take back Alcatraz Island if the Indians of All Tribes refuse to vacate. Vanessa Ward, an attractive Cherokee, arrives on the island, as Richard, John, and the others decide what to do with their ultimatum. No one votes to leave the island, so they get started setting up security against the oncoming attack.

John starts a radio broadcast from the island called, “Radio Free Alcatraz” where he speaks to the American people about the reasons the Native American’s are reclaiming Alcatraz, and the conditions the occupiers are facing on the island. They receive massive support and donations from Americans, in large part because of the popularity of John’s radio show. John soon finds out that Lu is pregnant, which complicates his new position of leadership on the island, and their marriage takes yet another hit. Meanwhile, in-fighting has begun amongst the Indians living on Alcatraz.

An informant for the FBI is discovered on the island and is quickly dealt with by John and the others. While the Council tries to determine what information was being passed on, Anne Oaks has a nightmare on the island and requests that she and Richard leave with their children. Negotiations with the government officials continue but no ground is made and the in-fighting steadily gets worse. Stella Leach, outspoken against the direction that Richard is taking the occupiers in, looks to find a way to command more power. One of Richard’s children gets into a fatal accident on the Island, and while he is away tending to her, he is voted off the Council by Stella.

The government ramps of the efforts to take back the island; cutting off water supply, phone lines, electricity, and eventually starting a fire that takes out much of the available space the Native Americans had on the island. John is finding companionship and solace in Vanessa, to the detriment of his marriage with Lu, who eventually decides to leave the island with her newborn, and live with her mother.

With Lu absent, John and Vanessa solidify their love, but John soon finds out a secret that destroys his new relationship: Vanessa was the FBI informant all this time.

Heartbroken, John is forced to kick her off the Island. As the numbers on Island continue to dwindle, John is tasked with more fundraising off the island.

During this time, Vanessa, now in custody, learns that a government operation to take back the island is moving forward. She escapes to inform John but is caught before she has a chance to get the word out. The island is reclaimed by the government and the efforts of the Native American occupiers seem wasted.

President Nixon soon gives a speech declaring that the end of the government’s Policy of Termination which marks a huge success for the Native American Civil Rights Movement. Richard reconnects with John to tell him to keep fighting - that they may have lost the battle, but not the war. The Occupation of Alcatraz Island created a huge wave in the Native American Civil Rights Movement and many of the original occupiers continued their efforts in the days following the 19 month stint on the Rock.